Click here to buy your tickets to Othello
We asked Wilex Ly, who plays Lodovico and a Gentleman in our production of Othello, a few questions about himself, his character, and the production... 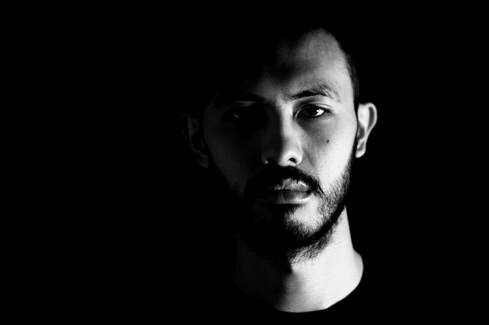 Wilex Ly as Lodovico. Photo by Jonas Widdifield.
What might people be interested to know about your take on your character?
To me, Lodovico is walking into a hellstorm that is very difficult for him to deal with. Often, I feel like a substitute teacher trying to deal with a fight that broke out in class when I'm playing this character. I've watched quite a few political charisma/social dominance videos to try and deal with the other forces (characters) in the room.

Everyone refers to Iago as 'honest.' What attribute do people sometimes falsely give to you?
I don't think anyone has outright said anything, but one of my closest friends recently said I reminded her of a character from the TV show "Lucifer." I asked her who it was; to which, she replied "Lucifer." I am not a monster.

Othello takes place on the island of Cyprus. What's your dream sunny vacation spot?
Thailand is amazing. I almost flew out of a speed boat once while I was there.

What have you done with Shakespeare BASH'd before?
I have worked with BASH'd once before for the reading of Gorboduc. I think one of the best things about working with BASH'd is that we spend a lot of time establishing the theme/style/setting at the beginning of the process. This puts all the actors on the same page. It is something that I think a lot of projects do not put enough emphasis on. When there are ten different opinions of what story is being told, you often get an ensemble of performances that don't feel like they exist in the same world.

Coffee or Tea?
How much sugar are we putting in it?

What are you most excited for people to see in this production?
Because it is such a heavy piece, I'm very excited for everyone to see the comic relief moments of the show.
Proudly powered by Weebly