CLICK HERE TO BUY YOUR TICKETS TO HAMLET
We asked Jennifer Dzialoszynski, who plays Laertes in our production of Hamlet, a few questions about herself, the play, Shakespeare, and the city of Toronto... 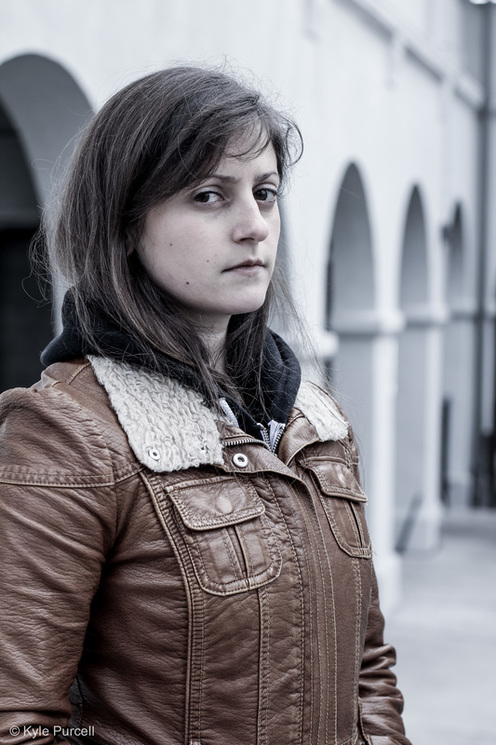 Jennifer Dzialoszynski plays Laertes in HAMLET presented by Shakespeare BASH'd. Photo by Kyle Purcell.
What neighbourhood of the city do you live in, and in your opinion, what’s the best coffee shop or bar in your neighbourhood?
I live in Riverside/Corktown, there are a million different coffee shops popping up everywhere.  I choose where to go by mood, and weather, but I like Academy Cafe, Rooster Coffee, Tandem Coffee, and Red Line.

What is your favourite Shakespeare play?
Probably The Winter's Tale, but the Henry VI trilogy is just behind it.

If your character were at The Monarch Tavern, what drink would they order?
Bourbon sour.

What might people be interested to know about your take on your character? What has been a discovery for you in the process?
In every production of Hamlet I've seen I think Laertes gets a bad rap in the final scene, specifically in the fencing match, because Laertes wounds Hamlet either in the back, or when he is not ready for the next bout.  Nowhere in the text is that specifically called for, and that is not the way we're doing it.  So even in a murderous rage this Laertes does not resort to backstabbing.

What’s the biggest challenge in taking on this role?
It's a part written for a man, and that's the way most people will have seen it done.  I'm going to have to work hard to make sure there is nothing about me that lets anyone think for a moment, "she's playing a guy's part."

What's your favourite place in Toronto?
I've got a huge soft spot for the High Park/Roncesvalles neighborhood
Proudly powered by Weebly