Click here to buy your tickets to Othello
We asked David Mackett, who plays Brabantio, Gratiano, and a Gentleman in our production of Othello, a few questions about himself, his characters, and the play... 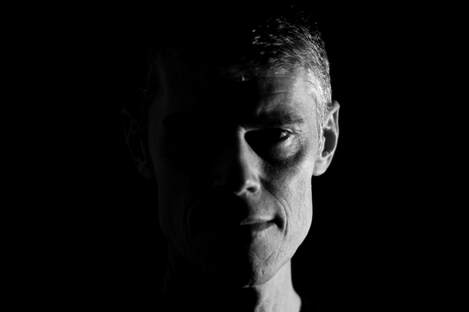 David Mackett as Brabantio. Photo by Jonas Widdifield.
What might people be interested to know about your take on your character?
I think one of the traps in playing Brabantio is that he can come across as a one dimensional character – the “angry father,” as it were.  Brabantio clearly objects to Othello’s marriage to Desdemona.  Is that objection simply based on the fact that Othello is a Moor?  Well, yes.  Does that make Brabantio a racist?  Yes.  But what else is at play?  Aside from anger, what other emotions are boiling under the surface?  Anger can be a manifestation of many things: loss, betrayal, grief, jealousy etc. That’s what I am interested in exploring.  At the same, I have to respect the text – in the sense that the text has to inform my choices.  One thing I’ve learned over the years (and keep having to remind myself) is that if you trust the text, it will do most of the work for you.

What neighbourhood of Toronto do you live in?
Bedford Park – I grew up here, so I guess the apple hasn’t fallen far from the tree.  It’s home.

What’s the best line in the play?
“O God, that men should put an enemy in their mouths to steal away their brains”

Shakespeare BASH'd is known for their love of karaoke. What's your go-to karaoke song?
Piano Man – sung by Jesse Griffiths

If your character were at the Monarch Tavern, what drink would they order?
Brabantio – Cognac or Brandy,  Gratiano – Scotch,  Gentleman #2 – Whatever Gentleman #1 is buying.

What have you done with Shakespeare BASH'd before?
Including Staged Readings, I’ve done 8 shows with Shakespeare BASH’d. As a result, I’ve developed a certain level of comfort working with Director James and many of my cast mates.  But each show is unique – there are new faces in every cast and each character I’ve been cast to play, is unique in his self.
Proudly powered by Weebly