Click Here to buy your Tickets to Twelfth Night
We asked Franziska Beeler, who plays Curio and composed the music in our production of Twelfth Night, a few questions about herself, the 20's, and her early romances... 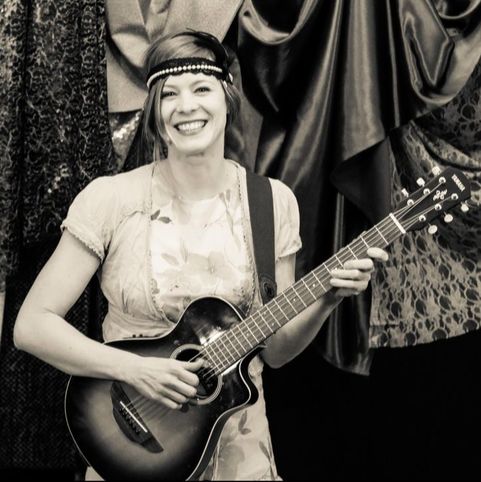 Franziska Beeler as Curio in TWELFTH NIGHT. Photo by Kyle Purcell.
What part of the city do you live in, and what is the best thing about your neighbourhood?
I live in the Dufferin Grove neighbourhood. I love the nearby parks and their Farmer’s Markets. I also love to sit in our window sill and watch the streetcars buzz by on College Street, especially during the snow.

Who was your first kiss?
An Irish boy named Paul McIntyre from Donegal. We kissed on a school trip in Denmark. I bought a tuque made in Donegal last time I was in Ireland, as a token of memory. True story!

This production is set in the 1920s in Paris. What is your favourite thing about that era?
Modernism. I find the manifestations of modernism in art, literature, architecture, and music are most profound as they represent a break from the past. I find that very inspirational.

What other media has been your “way in” to the time period?
The music! I did a lot of research on the music of that time period to gain inspiration for the compositions of the songs. It’s very interesting to hear these songs in their original recordings from the 20’s, and then compare them with contemporary interpretations.

What are you most looking forward to about this production?
To see how the energy of the play is reflected in the audience. We spent a lot of time trying to re-create that feeling of the 1920’s and I hope it comes across during the play and in our songs.

What are you going to drink to celebrate opening night at the Monarch Tavern?
I will have a cognac, neat.
Proudly powered by Weebly