Click here to buy your tickets to Othello
We asked E.B. Smith, who plays the title character in our production of Othello, a few questions about himself, his character, and the production... 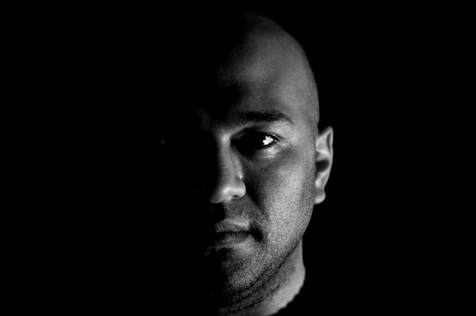 E.B. Smith as Othello. Photo by Jonas Widdifield.
Have you been in a production of Othello before?
I have, several times! Thrice as an understudy for the role (amongst other roles in the play). This will be my first time as the general himself.

What might people be interested to know about your take on your character?
I constantly struggle with this character. He is deeply flawed, yet beautiful. Honourable, yet a murderer. These contradictions make it an incredible exploration.

What neighbourhood do you live in?
I live in Stratford... The home of the Ontario Pork Congress.
Oh, and the Stratford Festival, too.

What’s the best line in the play?
Here is my butt.

If your character were at the Monarch Tavern, what drink would they order?
Dark rum, straight up.

What is your post-show drink of choice?
Jameson, rocks.

What have you done with Shakespeare BASH'd before?
I was previously in a staged reading of The Changeling. Unique to Othello though is the chance to do this play in such an intimate setting. We rarely get to experience this story in such close quarters. I’m quite excited about that.
Proudly powered by Weebly