Click here to buy your tickets to Othello
We asked James Graham, who plays Iago in our production of Othello, a few questions about himself, his character, and his history with the company... 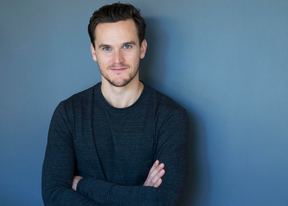 James Graham as Iago. Photo by Jonas Widdifield.
What’s the best line in the play?
“O, you are well tuned now! / But I’ll set down the pegs that make this music / As honest as I am"

Shakespeare BASH'd is known for their love of karaoke. What's your go-to karaoke song?
I never do the same song twice, but always throw in a 90s boy band song.

If your character were at the Monarch Tavern, what drink would they order?
A whiskey and a beer

Everyone refers to Iago as 'honest.' What attribute do people sometimes falsely give to you?
That I’m organized

What is your post-show drink of choice?
A light beer

What have you done with Shakespeare BASH'd before?
King John in 2015. I love the time we get to spent investigating the play. I always learn so much.

What are you most excited for people to see in this production?
The joy of a BASH’d show is getting the opportunity to really hear these plays in an immediate and intimate setting. This one will be no exception.
Proudly powered by Weebly