CLICK HERE TO BUY YOUR TICKETS TO HAMLET
​We asked James Wallis, our Hamlett, a few questions about himself, the play, Shakespeare, and the city of Toronto... 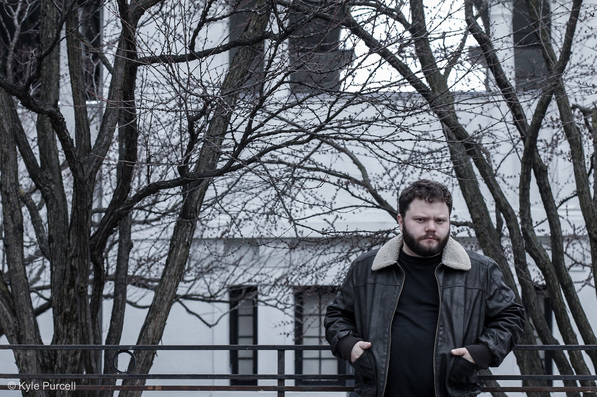 James Wallis in HAMLET presented by Shakespeare BASH'd. Photo by Kyle Purcell.
What neighbourhood of the city do you live in, and in your opinion, what’s the best coffee shop or bar in your neighbourhood?
I live in Oakwood Village, around Vaughan road. Coffee shop: Oakwood Espresso. Amazing coffee, fantastic place.

What is your favourite Shakespeare play?
Can I do Top Three? Romeo and Juliet, Richard III and Twelfth Night

What’s your favourite line in Hamlet?
I loved Ophelia. Forty thousand sisters
Could not with all their quantity of love
Make up my sum. What wilt thou do for her?

If your character were at The Monarch Tavern, what drink would they order?
Scotch and soda. Classy.

What might people be interested to know about your take on your character? What has been a discovery for you in the process?
I'm striving for as much clarity with the text as possible. My goal is to really delve into the verse, so that I find the pulse and intention of the character. I think what I can bring to the character is a lot of my intelligence and myself. Moment to moment Hamlet attempts to compel himself to complete his task by "revenging the foul and unnatural murder". But he delays and delays. My thought is that Hamlet doesn't want to kill anyone. But he must, whether or not it's for the good of the land, and that causes him a great deal of debate within himself.

I've discovered that there are a lot of complications with Hamlet and his relationship with his mother. It's not something that I've realized from seeing the play. He feels extremely betrayed on many levels by her, by women in general. Also he feels trapped by the new regime, in which Claudius has taken over and positioned people like Polonius as advisors. Hamlet is alone, even Ophelia can't help him.

At the top of the play Hamlet is angered by all that is going wrong in his life but then is given purpose by the Ghost but still he questions the state of everything. It's been a great delight going through the text and seeing how moment to moment Hamlet's mind works. It's a lot but it's exciting.

What’s the biggest challenge in taking on this role?
The lines for sure but I'm mostly joking with that. The amount of stamina and energy it takes to complete. The connection and focus it will require but those challenges are amazing. I also get to be on stage working intimately with the entire company and that is a very special thing for me because the company in this production is amazing.

All in all, it's tough and somewhat frustrating as there is a great deal of interpretation that you can latch onto but you really have to focus on making it about your choices, what you think Hamlet is doing. That's a tough challenge but a rewarding one.

What’s your favourite junk food?
Chips. So many chips...

What’s your Starbucks order?
Coffee, tall, with some milk but I also have trouble not buying the little cinnamon swirl coffee cake. Delicious!!!