Click Here to buy your Tickets to Twelfth Night
We asked Jesse Nerenberg, who plays Sir Andrew Aguecheek in our production of Twelfth Night, a few questions about himself, the play, and his character... 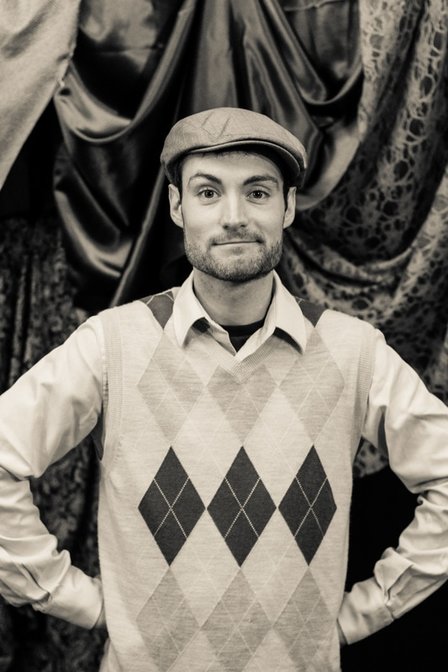 What’s the best prank you’ve ever pulled (or had pulled on you)?
My fourth grade teacher once convinced us all on April 1st that she was leaving us for the rest of the year and that we were getting a mean substitute. I was fooled. I was also ten.

This production is set in the 1920s in Paris. What is your favourite thing about that era?
The fact that I didn't have to live through it.... or the music. Either or.

What might an audience member be interested to know about your take on your character?
That Andrew is more than comic relief?!?

What are you most looking forward to about this production?
The laughs. Or the awkward silences where I hope there will be laughs.

What are you going to drink to celebrate opening night at the Monarch Tavern?
Probably a gin. I really want to get a gag into Malvolio's gulling scene after Fabian says "Now is the woodcock near the gin." where Andrew misunderstands the metaphor and pulls out a real bottle of gin. I don't think James Wallis is going to go for this... so I'll probably have to drink gin to temper my disappointment.