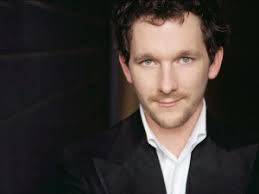 Geoffrey is ecstatic to be cast as Angelo in this production of Measure for Measure. He has been working in the theatre since the age of twelve. Born in Toronto and raised in Goderich, Ontario he has spent the last 22 years working as a theatre practitioner. Trained at the Blyth Festival Young Company, George Brown Theatre School and École Lecoq. He has since resided in Toronto for the last six years working as an actor, director, adjudicator and technician.
Geoffrey would like to take this moment to thank the company for entrusting him with this role and the director Catherine for her steady hand and guidance throughout the process. This play is a delicate balance and He would be remiss not to thank the cast for their sincere dedication to the telling of this incredibly poignant story. Enjoy the show, and thank for your continued support of this wonderful company.
Selected Credits: Taming of the Shrew (Driftwood Theatre), Stones in his Pockets, Hyppolyta’s Wedding: A Midsummer Nights Dream (Festival Players). Upcoming: Touchstone in Driftwood Theatres’ Rosalind : or As You Like It. 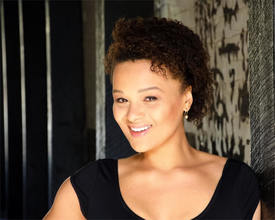 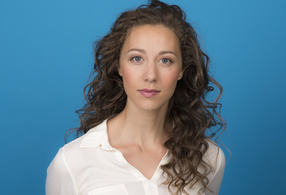 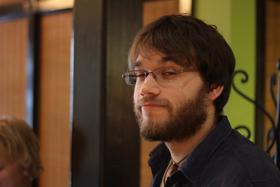 Darcy is a director and stage manager from Calgary with a BFA in directing from the University of Victoria. Darcy is thrilled to be returning to work with Shakespeare BASH'd! Most recently, he stage managed Hamlet in 2016.
Other selected credits include: Hamlet... A Puppet Epic!, A Midsummer Night's Dream... A Puppet Epic!, The Tempest... A Puppet Epic! (Shakey-Shake and Friends), Delicacy, 27 Wagons Full of Cotton (Theatre Brouhaha), The Homemaker, Pitch Blond (Convection Productions/Destination Ink). Directing credits include Tarrare: A Story of Hunger, Struwwelpeter, and Someone Who'll Watch Over Me with Suspicious Moustache Theatre, a company he co-founded with his wife, Cat (whom he adores beyond all description). Darcy provided the Voice of Batman in Hamlet... A Puppet Epic! so it is safe to say his performance career has peaked. 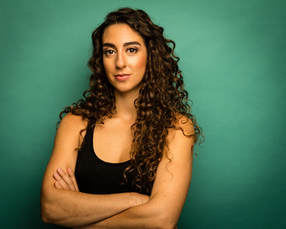 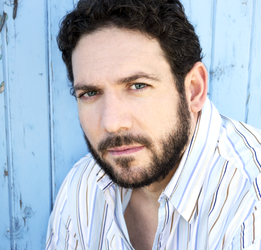 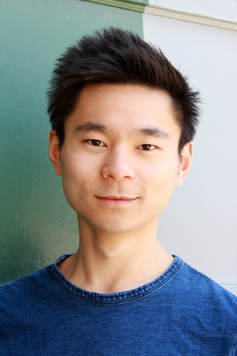 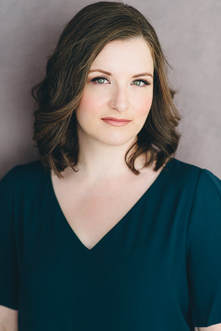 Megan is an actor, director, and puppeteer. She is co-founder of Shakey-Shake and Friends, a muppet Shakespeare company dedicated to bringing a love of classical text to kids! She is a graduate of George Brown Theatre School. Endless gratitude to Catherine, James and Julia for asking me to be a part of this incredible show and company. And as always, thanks to Tom for putting up with me. Favourite credits: Marta (Waiting For The Parade; GBC), Hannibal (Happy End; GBC), Rosencrantz (Hamlet; Shakespeare BASH'd), ZIP (Shakey-Shake), Bassianus (Titus Andronicus; Hart House), Brutus (Casear; Wolf Manor Theatre). Upcoming: Driftwood Theatre Bard's Bus Tour. 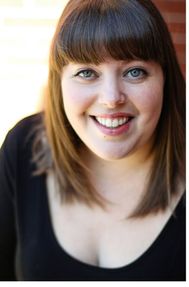 Julia is an actor, director, and producer, as well as a Co-Founder and Co-Artistic Director of Shakespeare BASH'd, where she has produced all of the company's productions.  She has worked as the Managing Director of Common Boots Theatre and is now part of the team at The Theatre Centre. For Shakespeare BASH'd, Julia has directed Richard III, The Comedy of Errors, and assistant directed The Changeling. She has also performed in many BASH'd productions, including The Taming of the Shrew, Romeo & Juliet, Macbeth, The Merry Wives of Windsor, Hamlet, Twelfth Night, and Volpone (staged reading).
Selected Additional Credits: Talk to Me Like the Rain and Let Me Listen and This Property is Condemned (Director, The Playwright Project), Modern Love (Co-Creator, Next Stage), As You Like It (Text Coach, Theatre By the Bay), and as an actor OVER, See Bob Run (Theatre Caravel), reasons to the pretty (The Labute Cycle), The Forest (Red One Theatre Collective), Dublin Carol (Fly on the Wall).​  Julia is a member of the Advisory Board for the Canadian Stage GYM program and a graduate of the joint acting program at UofT and Sheridan College. 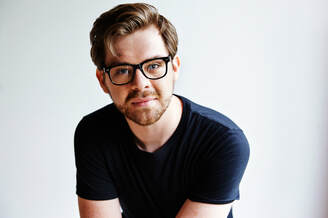 Drew is a Halifax-born, Toronto-based Theatre maker. Drew often finds himself working on plays by Shakespeare, recently Julius Caesar, All's Well that Ends Well, Much Ado about Nothing (Shakespeare by the Sea) Taming of the Shrew (Driftwood) Romeo and Juliet (Humber River Shakespeare) and of course Richard III, Twelfth Night, Hamlet, The Merry Wives of Windsor,  (Shakespeare BASH'd). Select other credits include Peter Pan in Peter Pan (Shakespeare by the Sea) Rabbit Hole (Neptune Theatre) A Different Kind of Job (Theatre Aquarius, Studio) and Boys, Girls, and Other Mythological Creatures (Carousel Players). Drew has collaborated on musical adaptations of Alice in Wonderland, Snow White, Peter Pan, Cinderelly, and Treasure Island, and is the co-writer of the musical And Now, the End (SumerWorks 2014). In just under two years Drew is marrying the best lady in the world. Hi Jade! 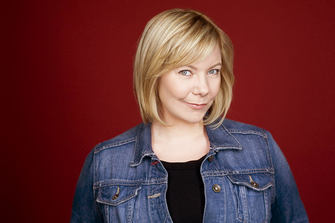 Cara is a Toronto based actor/singer and teacher. Originally from our nation's capital, Cara has always had a passion for the arts and loves connecting through story telling. Some credits include: The Trial Of Judith K, Measure for Measure, The Memo ( Thought For Food Theatre), God of Carnage, Songs For A New World (STF), The 25th Annual Putnam County Spelling Bee ( STC and KooGle Theatre), In Flanders Fields (Smile Theatre). Recent Film/TV: Mouthpiece, Between the Lines. When not on stage you can find Cara mowing down on Pizza, enjoying Craft Beer, or being a crazy dog mom to Gertrude and Gigi. 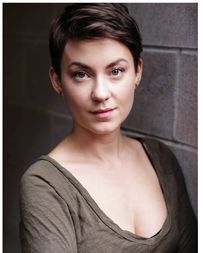 Catherine is so happy to be directing again. With BASH’d as a director: Hamlet, The Merry Wives of Windsor (co-director), and The Taming of the Shrew (associate director).
With BASH’d as an actor: Queen Elizabeth and Catesby in Richard III, Cardinal Pandaulph in King John, The Widow in The Taming of the Shrew, and Katherine in Love’s Labour’s Lost.
Other acting credits include: Rosalind in As You Like It, Cordelia in King Lear, and Jenny in the company written musical production of Pinocchio with Shakespeare by the Sea. Juliet in Romeo and Juliet, and Viola and Sebastian in Twelfth Night with the Classical Theatre Project. 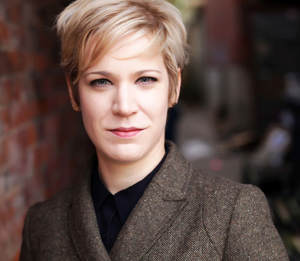 Lesley Robertson is an actor-comedian-creator-educator in Toronto. For Shakespeare BASH’d she has played Feste and King John, and her other Shakespearean roles include Dogberry, the Nurse, Cordelia (Hart House), and Julia in Two Gents (Shakespeare in the Ruff). As a comedian, Lesley formed a comedy band, The Diddlin’ Bibbles, with her friend Matt Shaw. Their first full-length show won Patron’s Pick at last summer’s Toronto Fringe Festival and they enjoyed a sold-out show at The Toronto Sketch Comedy Festival in March. Coming up she is co-producing her annual burlesque variety show with Theatre Inamorata on Monday, June 4th at Revival. 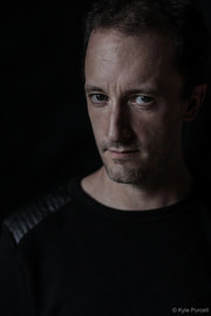 Past Shakespeare BASH'd roles include : Angelo - The Comedy of Errors; Hubert - King John; Macbeth; Don Adriano de Armado - Love’s Labour’s Lost; Capulet - Romeo and Juliet; Don Pedro - Much Ado About Nothing; Grumio, Vincentio - Taming of the Shrew. Other credits include : Mercury Fur (Seven Siblings); Richard III (Shakespeare in the Ruff); Brave Hearts (Harry Warren Theatre, Brooklyn); Waiting for Godot; I Had a Job I Liked. Once. (Sudbury Theatre Centre); Wild Abandon (Theatre Caravel); Romeo & Juliet (Signing the Bard, Kennedy Cathy MacKinnon); Frankie & Johnny (Apuka Theatre); Half Life; Two Gentlemen of Verona; As You Like It (Brampton Theatre Festival); King Lear (Hart House); Macbeth (Classical Theatre Project).  After leaving his engineering career and his hometown Mennonite community, David trained in the University of Windsor’s BFA Acting Program.  As always, he would like to thank his family and friends for their support. 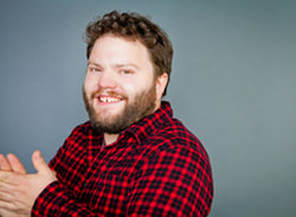 .James has been a Shakespeare fan all his life, having performed with Resurgence Theatre Company as a teenager and again as a professional later in his career.
In 2010, James co-founded Shakespeare BASH’d with his wife, Julia. For the company, James has directed staged readings of Romeo and Juliet (2010), A Midsummer Night’s Dream (2011), and Edward II (2015), as well as the full productions of Romeo & Juliet, Love's Labour's Lost, Macbeth, The Merry Wives of Windsor, and Twelfth Night. He played Petruchio in the company's Best of Fringe winning production of The Taming of the Shrew in 2012 and the remount in 2015, and played Benedick in their sold-out production of Much Ado About Nothing in the 2013 Toronto Fringe. In addition, here are some of James’ selected theatre credits: A Midsummer Nights’ Dream, Shakespeare’s Magic and The Taming of the Shrew (Theatre by the Bay), Danny, King of the Basement (Roseneath Theatre, US Tour), Sleeping Beauty (Sudbury Theatre Centre), Paradise by the River (Shadowpath Theatre).
James participated in the Michael Langham Workshop for Classical Directing  at the Stratford Festival, assistant directing Macbeth, Bunny, and Romeo and Juliet. He will return this year to assistant direct Julius Caesar. 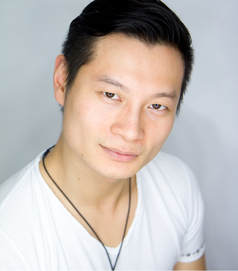