Click Here to buy your Tickets to Twelfth Night
We asked Shawn Ahmed, who plays Orsino in our production of Twelfth Night, a few questions about himself, the play, and his past pranks... 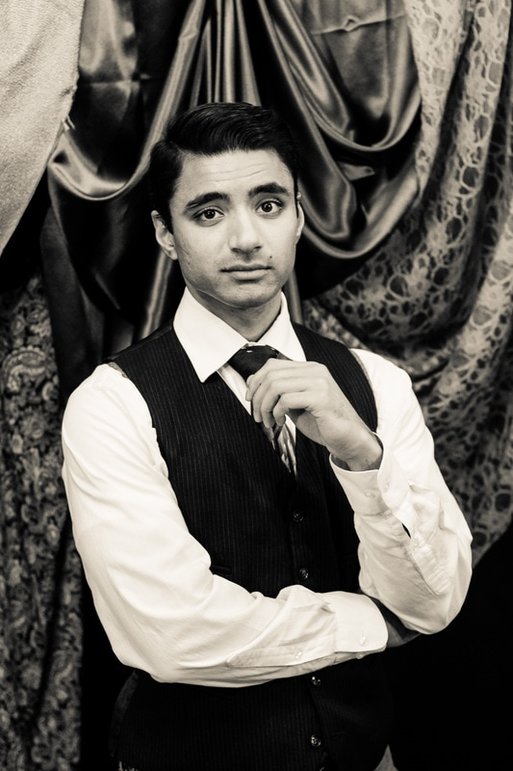 Shawn Ahmed as Orsino in TWELFTH NIGHT. Photo by Kyle Purcell.
What part of the city do you live in, and what is the best thing about your neighbourhood?
Regent Park. Everything is changing so quickly in my hood. It's very exciting to see a new development embrace the arts in so many great ways.

What is your favourite scene or line in Twelfth Night?
I suppose it's "If music be the food of love, play on"... But "Notable Pirate! Thou salt-water thief" is pretty hot as well!

What’s the best prank you’ve ever pulled (or had pulled on you)?
A few years ago, I had a boss who would not stop talking about the soup he planned to make/drink on his break. So, naturally, my coworkers and I took his soup, hid it in the vent above my desk, and spent the next hour setting up a scavenger hunt with clues around the office. It took him the rest of the day to make his way through all our riddles. He was so fed up by he time he found the soup that he never retrieved it from the vent. Years later, I went back to that office (since, converted to a cross fit gym) and checked the vent in the ceiling. Staring right back at me was a can of minestrone.

This production is set in the 1920s in Paris. What is your favourite thing about that era?
The first time I listened to Django Reinhardt was at our table read. I've been listening to his music non-stop since then.

What are you going to drink to celebrate opening night at the Monarch Tavern?
One of everything, please.