Click here to buy your tickets to Cymbeline
We asked Emilio Vieira, who plays Cloten in our production of Cymbeline, a few questions about himself, his character, and his drink preferences... 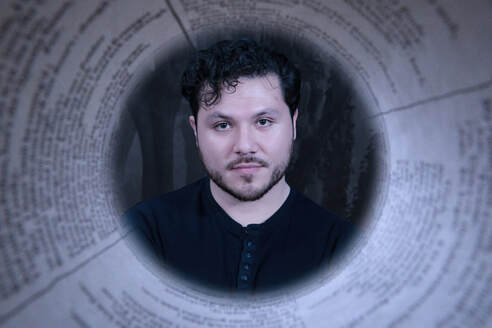 Emilio Vieira as Cloten. Photo by Kyle Purcell.
What might people be interested to know about your take on your character?
I hope the audience will find themselves enamoured with poor Cloten who wears his heart on his sleeve, and whom I find far more complex and relatable than the lowbrow villain he’s often dismissed as.

What is your history with Shakespeare BASH'd?
I’ve been a long time fan of Shakespeare BASH’d and am so excited to finally be working with them! I love the ease in rehearsal, the incredible debate about the language and the room’s unified desire to make this dense, lesser-done Shakespeare absolutely electric and digestible without sacrificing the original language; not many companies do that these days.

​Shakespeare BASH'd sets its productions in bars. What is the weirdest place you've performed?
I once performed on a set of stairs in the atrium of the Scarborough Civic Centre (shrug emoji) I know that may not seem so weird, but my memory of being between two floors of spectators and trying to play to them all definitely carries a thick awkwardness about it.

What’s the best line in the play?
“Kneel not to me:
The power that I have on you is, to spare you;
The malice towards you to forgive you. Live,
And deal with others better.”

If your character were at Junction City Music Hall, what drink would they order?
Cloten would have the most expensive whiskey on the menu, and then ruin it by mixing it with Coke.

What is your post-show drink of choice?
BOURBON
Proudly powered by Weebly