Click here to buy your tickets to Measure for Measure
We asked Melanie Leon, who plays Mariana and a Gentleman in our production of Measure for Measure, a few questions about herself, her take on her character, and working with BASH'd... 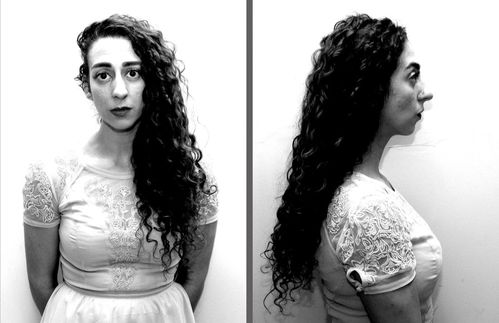 Melanie Leon as Mariana. Photo by Kyle Purcell.
What might people be interested to know about your take on your character?
My version of Mariana is not the version typically portrayed in paintings or by poets who were fascinated by this love sick and broken hearted vessel of a woman. But I immediately read Mariana as being strong, passionate, and fighting to be noticed by a society that has thrown her away for not being married.
I'm constantly trying to find out why on earth she cares for Angelo at all, but Geoff's bringing a complexity to the character that is helping me find Angelo's humanity..so..we'll see...

What neighbourhood do you live in?
I recently moved to St Clair West, and i have to say, I'm digging the vibe. Lots of new shops and breakfast joints. Thats probably why I love it so much to be honest...I take breakfast very seriously.

What’s the best line in the play?
"concupiscible intemperate lust." I've been seriously thinking about getting it tattooed on my butt.

If your character were at Junction City Music Hall, what drink would they order?
Wine.
Red, sangiovese or shiraz. White, riesling

What's your take on prunes? Yes? No? How would you prepare them?
Prunes are dope. I'd make oat bars. Tasty AND nutritious.

Have you been in a Shakespeare BASH’d play before, or is this your first one?
This is my Shakespeare Bash'd debut! Something that surprised me was being offered beer as a beverage option at our first rehearsal. They set the bar high on the first day, and I've not been disappointed ;)

What are you most excited for people to see in this production?
Honestly,  I'm most excited about people seeing how strong this cast is! I feel so lucky to be able to work with such talented, hard working, and fun individuals!! YAY!
Proudly powered by Weebly