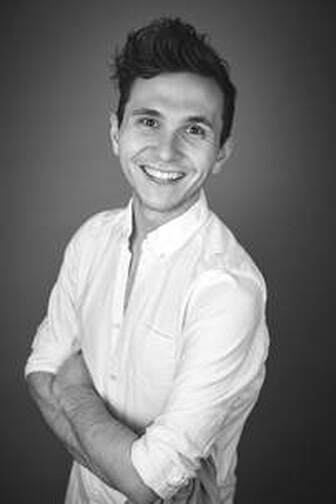 If you were transformed into an animal, what would it be?
A moose... But I don’t have an explanation why.

Who is your favourite pop-culture fairy?
Whitney Huston as the Fairy Godmother in the live-action musical version of Cinderella. It’s impossible to even consider any other fairy.

If you could have one magical power what would it be?
I’d like to be able to see and communicate with spirits…mostly so I can be like Theresa Caputo.

What is your post-show drink of choice?
A stiff gin and soda, or a hoppy, hoppy IPA.

What is your history with Shakespeare BASH'd?
I have been fortunate enough to work with the BASH’d team for the past 3 seasons. This is the first comedy I’ve done with the company, and though we always have a great deal of fun, the rehearsal room during this process has been delightful!

Have you ever been a part of a show that was a flop?
Yes! More than one... Which reminds me, did you know that Shakespeare BASH’d is running an Indiegogo campaign for the 2019/2020 season? Consider making a donation to support the success of this company and I’ll consider telling you about one of the wild experiences I’ve had!

What are you most excited for people to see in this production?
My bar tab at the end of the run. And our stellar Company bringing the text to life.
Proudly powered by Weebly