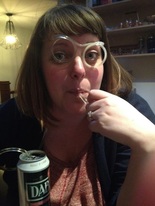 Julia Nish-Lapidus is a director, actor, and producer, as well as a Co-Founder and Co-Artistic Director of Toronto’s Shakespeare BASH'd (Best Site Specific Theatre Company, NOW Magazine Readers’ Choice 2018, 2019).  She has worked as the Managing Director of Common Boots Theatre and as part of the team at The Theatre Centre.

She was a member of the Michael Langham Workshop for Classical Directing in 2019, acting as the Assistant Director on Private Lives and returned this season as Assistant Director on All's Well That Ends Well, and as co-facilitator of the WordPlay series in the Forum (cut short due to the pandemic).

For Shakespeare BASH'd, Julia has directed Cymbeline, Richard III, The Comedy of Errors, and the staged reading of The Duchess of Malfi. She has also performed in many BASH'd productions, including A Midsummer Night's Dream, The Taming of the Shrew, Romeo & Juliet, Macbeth, The Merry Wives of Windsor, Hamlet, Twelfth Night, and Volpone (staged reading).

Selected Additional Credits: The Duchess of Malfi, The Revenger’s Tragedy (Co-Director, Ryerson Theatre School); The Tom & Gertie Letters Project (Co-Director, SpringWorks), Talk to Me Like the Rain and Let Me Listen, This Property is Condemned (Director, The Playwright Project), Modern Love (Co-Creator, Next Stage), As You Like It (Text Coach, Theatre By the Bay), Titus Andronicus (Text Coach, Hart House), and as an actor OVER, See Bob Run (Theatre Caravel), reasons to the pretty (The Labute Cycle), The Forest (Red One Theatre Collective), Dublin Carol (Fly on the Wall).​

Julia is a member of the Advisory Board for the Canadian Stage GYM program and a graduate of the joint acting program at UofT and Sheridan College. 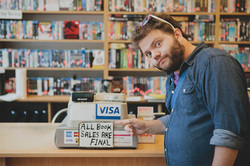 James has been a Shakespeare fan all his life, having performed with Resurgence Theatre Company as a teenager and again as a professional later in his career.

In 2010, James co-founded Shakespeare BASH’d with his wife, Julia. For the company, James has directed staged readings of Romeo and Juliet (2010), A Midsummer Night’s Dream (2011), and Edward II (2015), as well as the full productions of Romeo & Juliet, Love's Labour's Lost, Macbeth, The Merry Wives of Windsor, and Twelfth Night. He played Petruchio in the company's Best of Fringe winning production of The Taming of the Shrew in 2012 and the remount in 2015, and played Benedick in their sold-out production of Much Ado About Nothing in the 2013 Toronto Fringe.

In addition, here are some of James’ selected theatre credits: A Midsummer Nights’ Dream, Shakespeare’s Magic and The Taming of the Shrew (Theatre by the Bay), Danny, King of the Basement (Roseneath Theatre, US Tour), Sleeping Beauty (Sudbury Theatre Centre), Paradise by the River (Shadowpath Theatre).
​
James participated in the Michael Langham Workshop for Classical Directing  at the Stratford Festival, assistant directing Macbeth, Bunny, and Romeo and Juliet. He will return this year to assistant direct Julius Caesar.

Catherine Rainville is an actor, director, and a designer. Shakespeare BASH’d has, over the last four years, become her theatre home and family.
​
With BASH’d Catherine has performed as Cardinal Pandaulph in King John, The Widow in The Taming of the Shrew, and Katherine in Love’s Labour’s Lost.  She has also acted with Shakespeare by the Sea in Halifax as Rosalind in As You Like It, Cordelia in King Lear, and Jenny in the company written musical production of Pinocchio. More Shakespeare: Juliet in Romeo and Juliet, and Viola and Sebastian in Twelfth Night with the Classical theatre Project.

Catherine directed the BASH’d production of Hamlet and co-directed The Merry Wives of Windsor. She also was the designer for Twelfth Night and co-designer on King John.

Other design credits include: reasons to the pretty (The Labute Cycle) and assistant on The Public Servant with Common Boots Theatre at the undercurrents festival at the Great Canadian Theatre Company.
Proudly powered by Weebly