Click Here to buy your Tickets to Richard iii
We asked Suzette McCanny, who plays Margaret, Prince Edward, and more in our production of Richard III, a few questions about herself,
​the play, and her family... 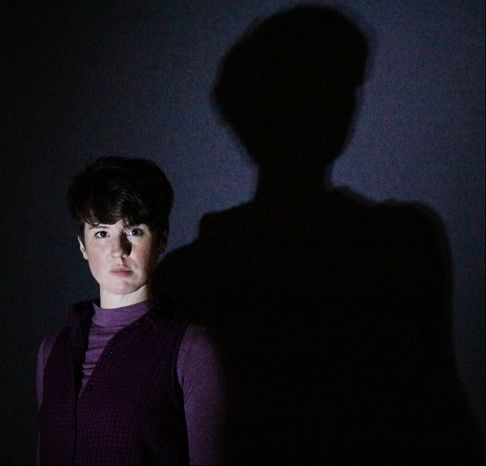 Suzette McCanny in RICHARD III. Photo by Kyle Purcell.
Family politics are at the very centre of Richard III. Where are you in the birth order in your family?
I am the oldest of four! That would make me - "a leader" or maybe just "loud and bossy." To me that means that I had to take the blame whenever something questionable went down. Who hit who? Who took whose toy? Probably Suzette. Dealing with all those intricacies and internal sibling politics, I feel, made me "diplomatic" and "empathetic." But you would have to ask my brothers and sisters.

What neighbourhood of Toronto do you live in?
I live in Riverside in the East end! I have been a West end girl up until I moved a year ago or so but I gotta say...East end is the bomb. They have babies, dogs and brunch on fleek.

What’s the best line in the play?
"Upon my life, she finds, though I cannot, myself to be a marvellous proper man...Shine out fair sun, till I have bought a glass that I might spy my shadow as a I pass."

Quick: white roses or red roses?
White. They are just so innocent 😇

Have you been in a Shakespeare BASH’d play before, or is this your first one?
This is my fourth Shakespeare BASH'd play, I am very happy to say. I have always been an avid fan and feel so privileged to put up a show with them every time around. This company is a well oiled machine that pours passion, grace and opinion into the works that they put up. One of the coolest way they put their mark on the piece is in their cuts. It is not easy to take a Shakespeare play down to under 2 hours but their cuts always focus the story and make the show enjoyable, understandable and relevant for the audience. I am always impressed.

Richard chooses to keep his real name when he becomes king (typical). Pick your Regnal name!
Queen Babette the First. Or Maybe Daenerrys the second.
Proudly powered by Weebly