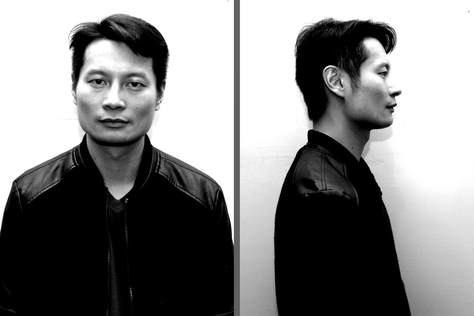 Jeff Yung as Claudio. Photo by Kyle Purcell.
Have you been in a production of Measure for Measure before?
Yes. We did a production as one of our main stage shows in our graduating year at Ryerson. Several BASH'd alum, including Jesse Griffiths, Milan Malisic, Kyle Purcell and Jennifer Dzialoszynski were in the production and James Wallis played the Duke!

What might people be interested to know about your take on your character?
The nuance of Claudio's character. A man who seems to be so up in arms about the indignity of his sentence, and yet can, at times, see and understand the precedent it is meant to set and the justice it's meant to serve.

Measure for Measure is being performed at a music venue. If you were in a band, what kind of band would it be?
Probably a Hip-Hop duo, or a K-Pop boy band.

What's your take on prunes? Yes? No? How would you prepare them?
Yes...I think. Dried, chopped on some bran cereal and greek yogurt doesn't sound too offensive. Or juiced, I feel like prune juice just has a bad wrap cause of branding.

Have you been in a Shakespeare BASH’d play before?
I am very privileged to say that it is not my first time working with BASH'd. What I find unique about this production is the challenge of trying to find the humour in a piece that is so dramatic, as well as exploring all the themes in the play that can appear problematic before a contemporary audience, and framing them in a way that connects.

Favourite pop culture nun:
She's not really a pop culture nun, but Ng Mui was a female monk from Shaolin temple and one of the legendary Five Elders of Shaolin, who escaped the destruction of the temple during the Qing Dynasty. She's known historically as the creator of the Wing Chun style of Kung Fu which I've studied for many years.

What are you most excited for people to see in this production?
I think there are a lot of themes in this play that are topical at the moment, and I think the team is working really hard to explore the layers of complexity surrounding how to present them to an audience in a meaningful way. We also have just an incredible cast and I am really looking forward to seeing them all perform.
Proudly powered by Weebly