Click Here to buy your Tickets to Twelfth Night
We asked Jade Douris, who plays Viola in our production of Twelfth Night, a few questions about herself, her neighbourhood, and her love life... 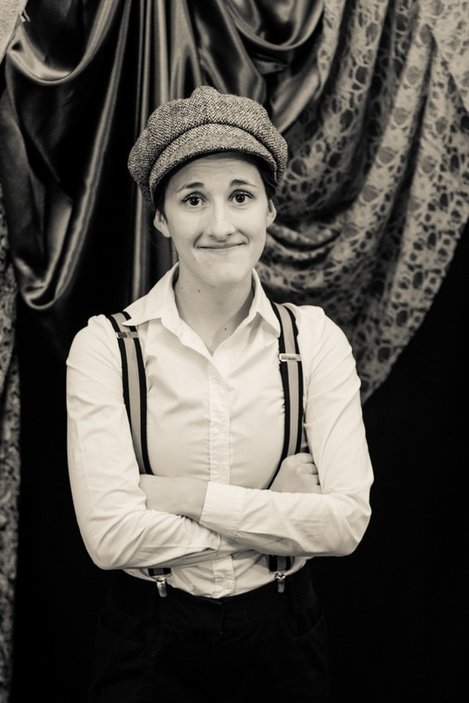 Jade Douris as Viola in TWELFTH NIGHT. Photo by Kyle Purcell.
What part of the city do you live in, and what is the best thing about your neighbourhood?
I just moved to Parkdale and I am absolutely smitten with my new neighbourhood. Grand Electric tacos are amazing, being able to get my coffee at The Theatre Centre is the bomb, but I am a vegan, and so Doomie’s is a total game-changer. No matter what your dietary preference is, you should try their vegan Big Mac. You will not regret it.

Have you ever written or received a love letter?
My fiancé and I are both actors, so we both travel for work pretty often and so we are love letter and care package pros. We have also been dating since high school, so our early love letter attempts are SUPER EMBARRASSING.

Who do people say is your celebrity twin?
I get Emma Watson most often, which I will gladly take, since she is awesome and I am a full-on Hermione. I also get Kristin Stewart, and Sophie McShera, who plays Daisy on Downton Abbey.

What other media has been your “way in” to the time period?
I especially love this, because it justifies my binge watching, but Downton Abbey has been a great reference, actually. There is so much in it about the time period, status, the role of women, and the push and pull of the past meeting a culture that was changing rapidly into the future.

What are you going to drink to celebrate opening night at the Monarch Tavern?
Gin and Ginger.
Proudly powered by Weebly