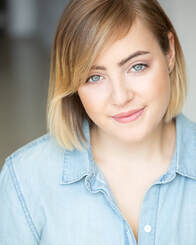 Margot Greve is an actor, writer, director and creative creator who lives in Toronto. She is a graduate of the Ryerson School of Performance Acting BFA program. Since her graduation, she has been committed to creating interdisciplinary, physical theatre works with her company Mixtape Projects (@mixtapprojects). She is also a member of the Panoply Collective and is directed their recent production of Romeo and Juliet. Margot is thrilled to be working with Shakespeare BASH’d this season. 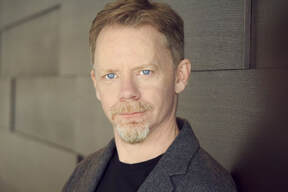 Kevin is an actor/director, based in Toronto, where he has been the Artistic Director for both Humber River Shakespeare and Shakespeare in the Rough. He was delighted to be a part of the Shakespeare BASH'd reading of Duchess of Malfi last fall.He has directed or performed in over 30 Shakespeare productions.   Kevin is also a member of the Michael Langham Workshop for Classical Direction at the Stratford Festival where he spent two seasons as an Assistant Director. Guest director credits include Othello and Hamlet for the Arabian Shakespeare Festival in San Francisco, Rough Magic for Theatre Arcturus, and The Taming of the Shrew for the Cincinnati Shakespeare Company. 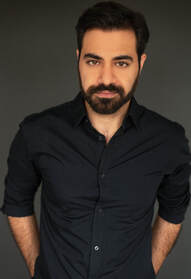 Soykan Karayol is thrilled to be making his debut with Shakespeare BASH’d and joining the company of ‘Tis Pity. Soykan was born and raised in Istanbul, Turkey but has been living in Canada for more than twelve years. He is a recent graduate of Sheridan College and University of Toronto’s Theatre and Drama Studies program where, among many other roles, he played Claudius in Theatre Erindale’s production of Hamlet. Soykan is very proud of his roots and his theatre career spans two continents as he has been learning and practicing his craft further in his home country with various renowned teachers. He is currently based in Toronto and his most recent credits include Workin’ Moms (CBC).
​ 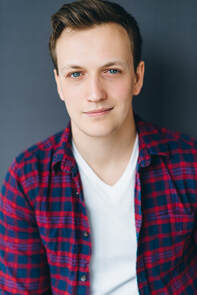 Cameron is a Toronto based actor and musician. He is a founding member of The Howland Company, an award-winning independent theatre ensemble. He is also the lead singer of Toronto indie punk band Stuck Out Here, who have played festivals and shows across Canada and the United States.
Selected theatre credits include Casimir and Caroline (The Howland Company), Punk Rock (The Howland Company, Dora Mavor Moore Award nomination for Outstanding Ensemble), Stag and Doe (Bluewater Summer Playhouse), Our Beautiful Sons (Blyth Festival), Mercury Fur (Seven Siblings Theatre), 52 Pick-Up (The Howland Company), The Tempest, Romeo and Juliet, Macbeth (Hart House Theatre) 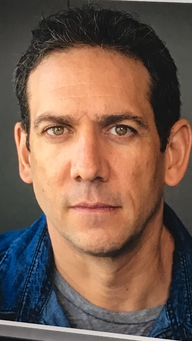 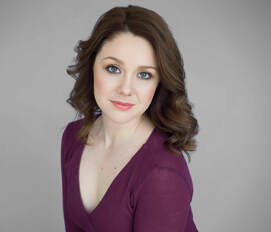 Breanna is thrilled to be making her debut with Shakespeare BASH’d in Tis Pity She’s a Whore. Breanna is an actor, singer, mover, creator and co-founder of Skipping Stones Theatre. Born and raised on the outskirts of Toronto, Breanna received her training from the University of Windsor’s BFA acting program and East 15 Acting School’s MFA International theatre program. Breanna has continued to study her craft alongside artists of the Moscow Art Theatre School (MXAT) and the Globe Theatre (UK). Recent theatre credits:  Charlotte in Ether (White Mills Theatre Co.), Crispinella in The Dutch Courtesan (Poculi Ludique Societas), Ophelia in Hamlet(s), Valeria in Coriolanus and Woman in 4.48 Psychosis (Skipping Stones Theatre), B in Crave (Pure Carbon Theatre), Kay in The Night Watch (Tristan Bates Theatre), Juliet in Romeo and Juliet (Globe Theatre/Globe Education). When not acting,  Breanna enjoys kickboxing, cooking for loved ones and occupying various coffee shops.
​Find out more at www.breanna-maloney.com 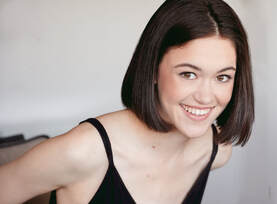 Kate is a Toronto-based actor and educator from rural Saskatchewan. Last year she saw the Shakespeare BASH'd production of Othello and hasn't stopped talking about it since. Recent projects include A Million Billion Pieces (Young People’s Theatre), The Greening of Bridget Kelly (InspiraTO), and workshopping pieces with Young People's Theatre, BadFox Performance Collective, and Untitled Productions. Kate holds her BFA from Ryerson Theatre school. 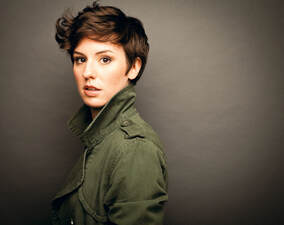 For Shakespeare BASH’d:  Margaret in Richard III, Adriana in The Comedy of Errors, Mistress Ford in The Merry Wives of Windsor, Rosaline in Love’s Labour’s Lost
​
Other Selected Theatre:  Blaire in We Three (Cue 6 Theatre), Josie in The Skriker (Red One Theatre Collective),  Cassandra in The Trojan Women (Alumnae Theatre),  Isabella in Norman Yeung's Theory,  Miss Cornelia Scott in Something Unspoken (The Playwright Project)

Other: Suzette has been in the indie film and theatre community in Toronto for ten years as an actor, director, assistant director, producer, production manager, editor and everything in between. She is the co-founder or Then She Said - a platform for new voices in independent film. You can find her on twitter @suzettemccanny.
​

Tom is a writer, director, dramaturge, producer and puppeteer based in Toronto. Most recently, Tom dramaturged the two-plays-with-one-cast-running-between-them shows The Party and The Candidate by Kat Sandler at the Citadel Theatre in Edmonton, had his first short film Don't Sneeze premiere in the Genre Blast Festival in Virginia, and wrote, directed and produced the hit 2018 Fringe show Featherweight. The co-founder of Theatre Brouhaha, he has consulted on all of Kat Sandler's plays, serving as primary dramaturge on most of her works. Tom is also the co-creator of Shakey-Shake and Friends a puppet Shakespeare company. Tom is the head of development and lead writer of interactive fiction at Tap by Wattpad and the Dungeon Master/Showrunner of Dumb-Dumbs & Dragons a hit comedy D&D podcast available wherever fine podcasts are streamed.  He has several new shows launching later this year, so stay tuned! For BASH'd: Volpone, The Changeling, Edward II. 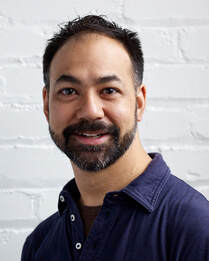 Andrew Joseph Richardson is a Co-Founder of Shakespeare in the Ruff. He is an actor, director, dramaturg, acting/text coach, and dad.
A.J. has performed in numerous productions and participated in many fundraisers within Toronto’s indie Shakespeare scene.
This fall he returned to Spur-of-the-Moment Shakespeare Collective to co-direct the scenes for the Shakespeare-in-Hospitals Program.
For BASH’d: Mr Ford in The Merry Wives of Windsor (2015) & Volpone in the reading of Volpone (2017).
Here’s a dopey picture of him. 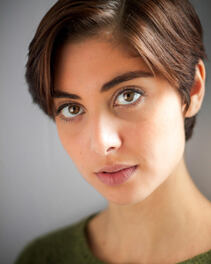 Sienna is a recent graduate of Ryerson School of Performance. She is so happy to be working with Shakespeare BASH’d for the first time!
Past theatre credits include: Macbeth: More Than Man, Much Ado About Nothing (Panoply Classical Collective), Portia’s Julius Caesar (Shakespeare in the Ruff), The Way Home Ghost, They’ve Been Sitting in the Graveyard For Far Too Long (BadFox Performance Collective). Highlights from Ryerson include The Odyssey, Julius Caesar, The Women, and getting to work with the artists from Frantic Assembly!
Check out Panoply’s work and our upcoming shows on instagram @panoplycc 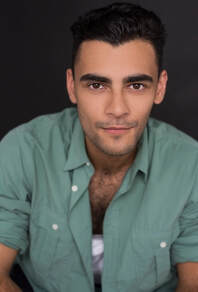 Deivan is an actor, director, and musician originally from Halifax, Nova Scotia, but now calls Toronto home. He is always seeking your ramen restaurant recommendations. Some past work: Henry V, Love’s Labour’s Lost, Midsummer, Wizard of Oz (Shakespeare by the Sea); Two Gents, Romeo and Juliet (Prague Shakespeare Co.); Macbeth: More Than Man, Much Ado About Nothing (Panoply Classical Collective), As You Like It, Midsummer (Bard in the Park); Hamlet, Pygmalion (Ryerson). Some places he's going in the future: Bad Hats, Driftwood Theatre. Hi Breanne! 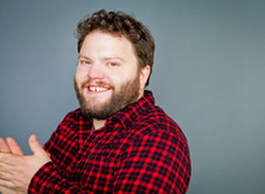 James has been a Shakespeare fan all his life, having performed with Resurgence Theatre Company as a teenager and again as a professional later in his career.
In 2010, James co-founded Shakespeare BASH’d with his wife, Julia. For the company, James has directed staged readings of Romeo and Juliet (2010), A Midsummer Night’s Dream (2011), Edward II (2015), Volpone (2017), as well as the full productions of Romeo & Juliet, Love's Labour's Lost, Macbeth, The Merry Wives of Windsor, and Twelfth Night, Othello, and A Midsummer Night's Dream. He played Petruchio in the company's Best of Fringe winning production of The Taming of the Shrew in 2012 and the remount in 2015, and played Benedick in their sold-out production of Much Ado About Nothing in the 2013 Toronto Fringe. In addition, here are some of James’ selected theatre credits: A Midsummer Nights’ Dream, Shakespeare’s Magic and The Taming of the Shrew (Theatre by the Bay), Danny, King of the Basement (Roseneath Theatre, US Tour), Sleeping Beauty (Sudbury Theatre Centre), Paradise by the River (Shadowpath Theatre).
James participated in the Michael Langham Workshop for Classical Directing  at the Stratford Festival, assistant directing Macbeth, Bunny, and Romeo and Juliet, as well as Julius Caesar in 2018.
Buy Tickets
Proudly powered by Weebly