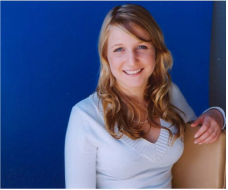 Dorea is excited to be a part of this production of Hamlet by Shakespeare BASH'd. She has spent her entire life in the theatre, assuming various roles; from aerialist to usher. She is currently a bartender, aspiring playwright, and food enthusiast. 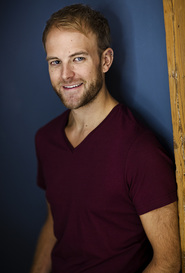 ​A graduate of the UTM/Sheridan, Theatre and Drama Studies program, Nate is a busy member of the Toronto theatre scene. Nate is an actor, fight director, certified stage combat instructor and holds a teaching degree from OISE/UT.
Last year Nate became the winner of the 2014 My Entertainment World – “Honorary Award” for his fight direction and is nominated this year for their “Outstanding Supporting Actor” award for his portrayal of Laertes at Hart House Theatre. Nate has worked as a Fight Director in numerous productions around Toronto and some favourite credits include: King John (Shakespeare BASH’d) The Philanderess (Truth ‘n’ Lies) Hamlet, Jesus Christ Superstar, Twelfth Night, Goodnight Desdemona… (Hart House Theatre) As You Like It (Theatre by the Bay) Half a League, Valkyrie, As You Like It (Rarely Pure Theatre), Mercury Fur (Seven Siblings) Nature of the Beast (safeword) Out With Dad – an award winning webseries (J. Leaver Presentations), Antony and Cleopatra (Theatre Elusive), Lord of the Flies and The Last Days of Judas Iscariot (Randolph Academy). 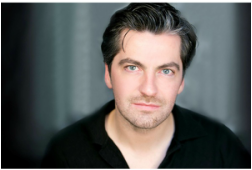 Daniel is chuffed to be back in Toronto, and more importantly to make his Shakespeare BASH'd debut!  Some of his theatre credits include Romeo and Juliet, King John, Antony and Cleopatra (Stratford Festival), Gone With the Wind (Royal Manitoba Theatre Centre), Les Laisons Dangereuses, and Shrew! (Storefront Theatre).  A graduate of the National Theatre School, Daniel also builds puppets, tells corny jokes, and hopes to one day win his neighbourhood amateur Chopped competition.

Jade Douris is an actor, producer, and choreographer who lives in Toronto with her partner, Drew. She goes to a lot of plays, plays a lot of board games, and cries a lot at weddings. She never goes to the gym but she does take ballet classes and she eats plenty of kale, so like, that’s the same, right?  Recent projects include originating the role of Amy in the premiere of A Different Kind of Job at Theatre Aquarius, playing Anne Page in The Merry Wives of Windsor (Shakespeare BASH’d – NOW Critics’ Pick, Best Ensemble), Dromio of Syracuse in The Comedy of Errors (Dauntless City Theatre), Hermia in A Midsummer Night's Dream and Ophelia in Hamlet (Shakespeare at Play, the full versions of which can be downloaded at shakespeareatplay.ca), The FAILURE Show (Everybody to the Theatre Company/Halifax Fringe – Winner, Best Ensemble Cast). Upcoming: Jessie MacLaren in At the Gates of the Righteous (The Playwright Project 2016). Jade co-produced the critically acclaimed Raton Laveur (2011) and Toronto Fringe Best New Play/Patron’s Pick winner The Oak Room (2013) for Fracas Theatre, as well as Macbeth, The Taming of the Shrew, and King John for Shakespeare BASH’d. Twitter and Instagram: @jadedouris/Website: www.jadedouris.com. 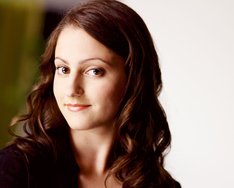 Jenn has worked with Shakespeare BASH’d since its inception, and is thrilled to be making her acting debut with the company!  She has been the fight director for other BASH’d shows including The Taming of the Shrew, Macbeth, and Romeo and Juliet.  Selected acting credits include; You Never Can Tell, Pygmalion, When We Are Married, The Sea, Half an Hour, Harvey (Shaw Festival); Jane Eyre, Gone With The Wind (MTC); August: Osage County (The Citadel); Macbeth, The Taming of the Shrew (CanStage); Kindertransport (Harold Green – Dora Nomination); Hana’s Suitcase (The Grand).  Jenn is also a stunt performer, and is thrilled to finally get to sword fight in a theatre show, and is especially glad to fight such a great pal.  Look for her next season at The Shaw Festival in A Woman Of No Importance and as Vive Warren in Mrs. Warren’s Profession.

Darcy is a director, producer and stage manager hailing from Calgary, Alberta. He earned a BFA from the University of Victoria before moving to Toronto four years ago. Darcy is delighted to be working with BASH'd and this amazing team.
Toronto credits include: Tarrare: A Story of Hunger (Suspicious Moustache), Radical (NIF), Scheherazade (Nobody's Business/Next Stage), Pitch Blond (Destination Ink), Delicacy (Brouhaha) and a slightly fuzzier version of the Dane with Hamlet... A Puppet Epic!(Shakey-Shake and Friends), which will be remounted at Solar Stage in late April.
Love to Cat, for everything. 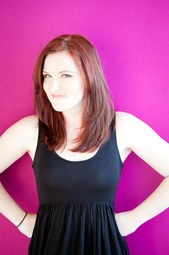 ​Megan is an actor and puppeteer originally from the booming metropolis of Smiths Falls. She is co-founder of Shakey-Shake and Friends, a puppet Shakespeare company bringing laughs, mayhem, and the Bard to kids across Toronto. She is a graduate of George Brown Theatre School. She is incredibly excited to be back with Shakespeare Bash'd for her third production! Thanks to James and Julia for bringing her along on this crazy adventure and to Thomas for putting up with her.
Favourite credits include: Merry Wives of Windsor (Shakespeare Bash'd), Hamlet... A Puppet Epic, A Midsummer Night's Dream ... A Puppet Epic (Shakey-Shake and Friends), Girl In The Goldfish Bowl (UCF), Happy End, Little Women, Orpheus Descending, Man of Mode, The Relapse, Waiting for the Parade (GBC Theatre) 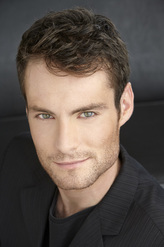 Julia is an actor and producer, as well as a co-founder and Artistic Producer of Shakespeare BASH'd, where she has produced all of the company's sold-out productions.  She has worked as the Managing Director of Theatre Columbus and is now part of the team at The Theatre Centre, as the Box Office & Front of House Manager.  As an actor, Julia has performed the title roles in Daniel MacIvor’s See Bob Run (Theatre Caravel) and 2012 Best of Fringe winner The Taming of the Shrew and its 2015 remount (Shakespeare BASH’d). She also appeared in the critically acclaimed Shakespeare BASH'd productions of Much Ado About Nothing, Love's Labour's Lost, The Merry Wives of Windsor, Macbeth, and Romeo & Juliet.  She is a member of the Advisory Board for the Canadian Stage GYM program and a graduate of the joint acting program at UofT and Sheridan College.

A proud maritimer, Drew splits his time between Toronto, Halifax, and whereever else will have him! Hamlet will mark his second outing with Shakespeare BASH'd, Having previously appeared in last summer's The Merry Wives of Windsor. Other recent Toronto credits include Theatre Aquarius (studio series), Humber River Shakespeare, and many independent projects around Toronto. In Halifax he has appeared for Neptune Theatre, OneLight Theatre, and Shakespeare by the Sea, to name a few. Outside of acting, Drew is co-creater of the musical And Now, The End, which premiered at SummerWorks (2014). Upcoming: Drew will direct At The Gates of the Righteous in this Spring's Playwright Project. Also upcoming: Check out Drew as Romeo in Dauntless City Theatre's Drunk Romeo and Juliet on February 14! Yes... It is exactly what it sounds like! 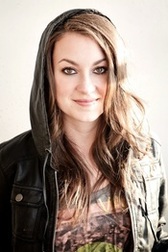 Catherine Rainville is so excited to be directing solo for the first time with Shakespeare BASH’d.
Past BASH’d credits include: Cardinal Pandaulph in King John Co Director for Merry Wives of Windsor, The Widow in Taming of the Shrew, and Katherine in Love’s Labour’s Lost.
​Huge thanks to the company for their support and trust. Endless love and thanks to my husband for his patience. 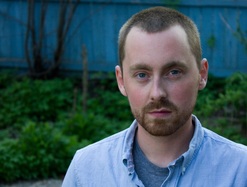 Simon is an artist residing in Halifax. An actor by trade, he has worked all over the continent and is currently touring with Mermaid Theatre of Nova Scotia. He is thrilled that his music has been able to travel to Toronto without him to be a part of another Shakespeare BASH'd production. Most recently he was seen in Halifax's Shakespeare By The Sea's 2015 Season in which he produced the score for Sleeping Beauty while acting in all 3 shows. ​ 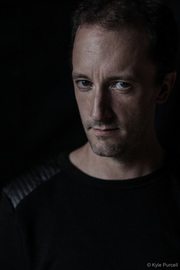 Past Shakespeare BASH'd roles include : Hubert - King John; Macbeth; Don Adriano de Armado - Love’s Labour’s Lost; Capulet - Romeo and Juliet; Don Pedro - Much Ado About Nothing; Grumio, Vincentio - Taming of the Shrew. Other credits include : Mercury Fur (Seven Siblings); Richard III (Shakespeare in the Ruff); Brave Hearts (Harry Warren Theatre, Brooklyn); Waiting for Godot; I Had a Job I Liked. Once. (Sudbury Theatre Centre); Wild Abandon (Theatre Caravel); Romeo & Juliet (Signing the Bard, Kennedy Cathy MacKinnon); Frankie & Johnny (Apuka Theatre); Half Life; Two Gentlemen of Verona; As You Like It (Brampton Theatre Festival); King Lear (Hart House); Macbeth (Classical Theatre Project).  After leaving his engineering career and his hometown Mennonite community, David trained in the University of Windsor’s BFA Acting Program.  As always, he would like to thank his family and friends for their support of his wonderful career! 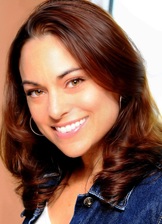 Jane Spence is delighted to be making her Shakespeare BASH'd debut. She has had the pleasure of performing in theatres across Canada in productions such as Calendar Girls (Mirvish/MTC), The Great Gatsby (The Grand) Melville Boys, When the ReaperCalls (Lighthouse/Orangeville Theatre) Henry IV, Parts I and II, Henry VI, The Two Noble Kinsmen, Tempest-Tost (Stratford Festival); Ladies Foursome (Upper Canada Playhouse), Hilda’s Yard (TNB), Hamlet, Romeo And Juliet (Resurgence Theatre Company); The Heiress (Drayton Entertainment); Elvis and Mavis, Ed’s Garage (Theatre Orangeville); Boeing-Boeing (Stage West); Richard III, The Winter’s Tale, Love’s Labour’sLost (Bard on the Beach); As You Like It (Theatre by the Bay); A Christmas Story (Theatre and Company); A Midsummer Night’s Dream, Goodnight Desdemona  (Festival of Classics); Of Mice And Men (Vancouver Playhouse); The Sisters Rosenweig (Arts Club); Matt & Ben (macIDeas).  Jane is the founder of the Toronto Cold Read Series. 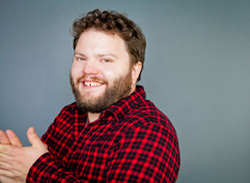 James is a native of Newmarket, Ontario. He cut his teeth at Resurgence Theatre Company in Newmarket beginning as a teenager, where he performed in Romeo and Juliet, Love’s Labour’s Lost, and Measure for Measure. This began his professional love of Shakespeare, which has endured throughout his career. He was able to return again to Resurgence years later to play Benvolio in a production of Romeo and Juliet, directed by his good friend and mentor Lee Wilson, in 2009.
James attended Ryerson Theatre School where he received a Bachelor of Fine Arts in Acting, which was pivotal in the development of his philosophies on acting and the theatre.
After finishing school, James jumped right into the big bad world of commercial work and film & television acting. He has been seen in a number of national commercials, including spots for The Source, Honda, and Expedia. Also, he has appeared on The Jon Dore Show, XIII: The Series and in a number of feature films including: And Now A Word From Our Sponsors and The Movie Out Here.
In 2010, James co-founded Shakespeare BASH’d with his wife, Julia, in order to take responsibility for their creativity by producing the plays of Shakespeare and his contemporaries in the city of Toronto. For the company, James has directed staged readings of Romeo and Juliet (2010), A Midsummer Night’s Dream (2011), and Edward II (2015), as well as the full productions of Romeo & Juliet, Love's Labour's Lost, Macbeth, and The Merry Wives of Windsor.  He played Petruchio in the company's Best of Fringe winning production of The Taming of the Shrew in 2012 and the remount in 2015, and played Benedick in their sold-out production of Much Ado About Nothing in the 2013 Toronto Fringe.
In addition, here are some of James’ selected theatre credits: A Midsummer Nights’ Dream, Shakespeare’s Magic and The Taming of the Shrew (Theatre by the Bay), Danny, King of the Basement (Roseneath Theatre, US Tour), Sleeping Beauty (Sudbury Theatre Centre), Paradise by the River (Shadowpath Theatre).
James is a very proud Torontonian and Shakespearean who hopes to always be working in some way on the plays of “the immortal Bard.”
Proudly powered by Weebly