CLICK HERE TO BUY YOUR TICKETS TO HAMLET
We asked Julia Nish-Lapidus, who plays Ophelia in our production of Hamlet, a few questions about herself, the play, Shakespeare, and the city of Toronto... 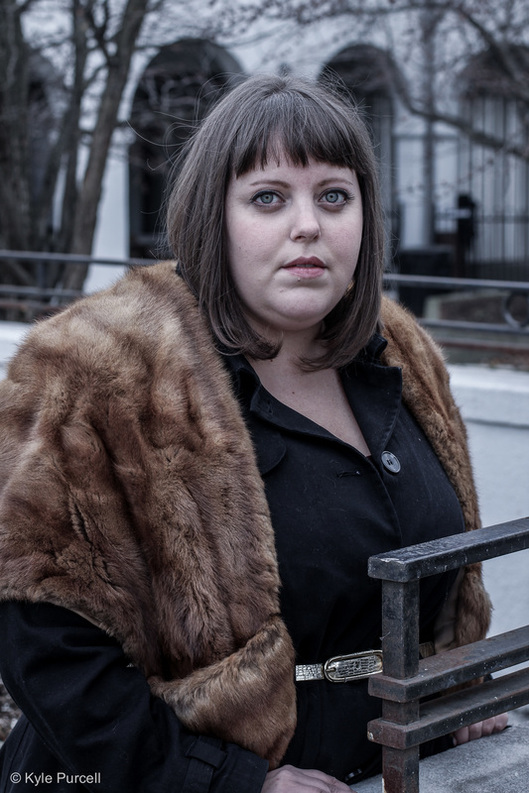 Julia Nish-Lapidus plays Ophelia in HAMLET presented by Shakespeare BASH'd. Photo by Kyle Purcell.
What is your favourite Shakespeare play?
Hamlet has always been one of my favourites, but I also love As You Like It, and I have a soft spot for The Merry Wives of Windsor, because it's the first one I saw, which started me down this whole path.

What’s your favourite line in Hamlet?
"Nay, but to live
In the rank sweat of an enseamed bed,
Stew'd in corruption, honeying and making love"

If your character were at The Monarch Tavern, what drink would they order?
I don't know if Ophelia is much of a drinker, but if she were going to let loose one night, I like to think she'd go for something boozy and fruity - like a French Martini.

What might people be interested to know about your take on your character? What has been a discovery for you in the process?
I know that Ophelia is often seen as a victim and I can definitely understand why - she's influenced a lot by the people in her life and in the end is extremely hurt by them - but I'm trying to find the stronger side of Ophelia. A person who listens to people by choice, and who acts out of love, not obedience.

What’s the biggest challenge in taking on this role?
I don't think I'm necessarily the typical casting for Ophelia and it took me a while to get that out of my head.  Also, Ophelia isn't around a ton in the show, but when she comes in, she's going through A LOT. The challenge is to really tap into all of those heightened emotions in her brief moments.

What’s your favourite junk food?
Probably cheese-puffs (the puffy kind, not the crunchy kind). Those are my go-to junk food when I'm throwing a party.

What’s your favourite place in Toronto?
My home! There's nothing I love more than a night at home, having some beer with my husband.  But when I go out, it's probably Bar + Karaoke, the best karaoke place in the city. I like to drag all my friends there a couple times a year (whether they like it or not).
Proudly powered by Weebly