Click here to buy your tickets to Cymbeline
We asked Mairi Babb, who plays the Queen in our production of Cymbeline, a few questions about herself, camping, and her character... 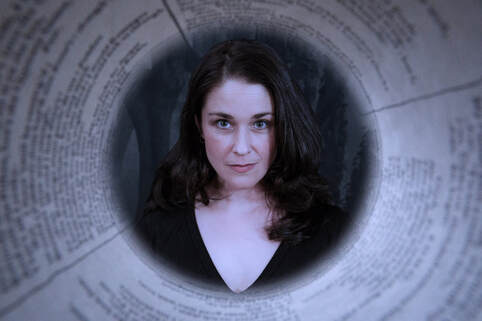 Mairi Babb as Queen. Photo by Kyle Purcell.
What might people be interested to know about your take on your character?
The Queen has no given name. She is just Cymbeline's second wife and step-mother to Innogen. We don't know anything about her, beyond her dastardly deeds and evil intentions. So the challenge for me has been to delve into why she is like this and what drives her to do these things and then find my own way of humanizing her. But those are my actor’s secrets!

Shakespeare BASH'd sets its productions in bars. What is the weirdest place you've performed?
I did a production of The Tempest in the ruins of a monastery just south of Winnipeg - with a company called Shakespeare in the Ruins. The first scene between Prospero and Miranda watching the shipwreck was set in a literal tree, about 8 feet up. It was a lot of fun - except for when a lightning storm blew in unexpectedly during our tech run....and we had to scramble for safety down a metal ladder.

What's your favourite fairy tale?
I love reading the original awful, unsanitized versions of fairy tales - like Hans Christian Andersen and Struwwelpeter. They are so incredibly dark and terrifying. There's one in Struwwelpeter where the little boy is warned repeatedly to stop sucking his thumb. He doesn't and a tailor comes and cuts off his thumbs with giant shears.

What is your history with Shakespeare BASH'd?
I've seen two BASH'd shows - one at the Monarch Tavern and one at Junction City Music Hall. What struck me about those shows was how involved the audience becomes - not like audience participation. But because they’re so close, it’s just as Shakespeare intended - another character in the show who is complicit. I feel strongly that when the audience is an active part of the show - whether it’s helping to flesh out the world with their imagination or becoming a scene partner - they take more ownership of the show and consequently the show means more to them. For me, working in this pseudo alley configuration is a new adventure. Very exciting to have friends and co-conspirators on so many sides!

If you were running away into the woods, who would you take with you?
Well, I would obviously take Matt, my husband. Not only is he amazing in the great outdoors (he fixed my shoe on a hike by cutting off a strap from his backpack), but he’s hilarious and smart and we can do crosswords together and he will always say yes to my ridiculous adventure suggestions.

If your character were at Junction City Music Hall, what drink would they order?
She would have the traditional English Pimms Cup - to show how posh she is and loyal to England. No imported wine or low class ale. And I'd watch your drink if you're visiting with her....you never know what she might slip you.

What is your post-show drink of choice?
I like a nice hoppy IPA.
Proudly powered by Weebly